World of Warcraft - Guide to Zandalar and the Epic Dungeon Tournament
We are in
live:info_651505 sales@mmo-coins.com
/
SING IN  /  REGISTRATION

World of Warcraft - Guide to Zandalar and the Epic Dungeon Tournament 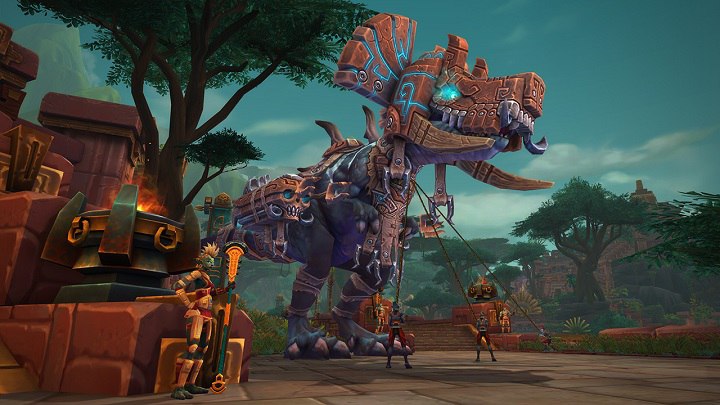 Developers of the MMORPG World of Warcraft continue to acquaint fans of the game with the novelties of the upcoming Battle for Azeroth supplement. The team already told us about the mag'har and dwarves of the Black Iron, and now it's time to plunge into the history of Zandalar.

In their new article, the players were told about one of the most ancient cities of Azeroth - Zuldazar. He remained the only reminder of the once great empire of Zandalar's trolls and still amazes travelers with their beauty and majesty. To enlist the help of King Rastahan you need to earn a reputation as a skillful warrior and earn trust. With this you have to understand yourself, but to find out all the interesting facts about the location and the flora and fauna inhabiting it, the developers will gladly help everyone.

And while the players are studying the novelties of the Battle for Azeroth expansion, Blizzard decided to hold a rather interesting tournament. In contrast to the usual PvP-battles in Mythic Dungeon Invitational the developers offered spectators a competition for passing the epochal dungeons for a while. Strangely enough, the broadcast turned out to be very lively and interesting and gathered a large number of fans. Recently passed the first qualifying tournament, after which we are waiting for the summer championship.